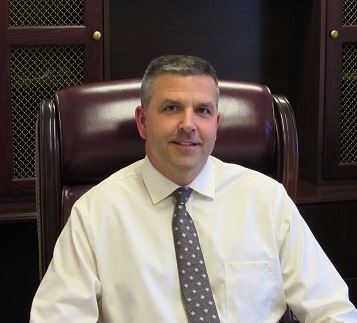 President Wiedmeyer is a longstanding resident of the Village, and has served on the Village Board in a variety of capacities since 1997. Initially elected to serve as Village President in 2015, Steve was re-elected to another four-year term in 2019. As President, Steve is actively involved in the Village’s operations and development review process. Among Steve’s primary goals for the Village are ensuring that it remains fiscally conservative and cost-effective in its operations, as well as seeking opportunities for commercial development to meet the growing needs of the community. Email President Wiedmeyer

Regular meetings of the Village Board take place on the first and third Monday of the month at 7:00 pm, in the second floor board room of the Village Municipal Center, 555 Reinking Rd., Pingree Grove, IL.  Meetings are held on Tuesday, should the first or third Monday fall on an observed holiday.

The Village of Pingree Grove publishes a calendar of regularly scheduled board meetings prior to the first of the year. Special meetings may be called upon 48 hours public notice. Agendas for regular and special meetings are posted on the meetings calendar of the website, and at the Village Municipal Center. Minutes from each meeting are posted after the Board approves their content.  Except when specifically permitted by state law, all meetings are open to the public.

Download the 2023 schedule of regular meetings of the Village Board.